There are many variables related to runoff generated in ELM/CLM. These fluxes are then passed to MOSART with different names, need to be very clear what do they mean.

The hydrologic processes for CLM 4.5 are clearly represented below. I got it from Gautam but don’t know if he made it. (more here for CLM 5). 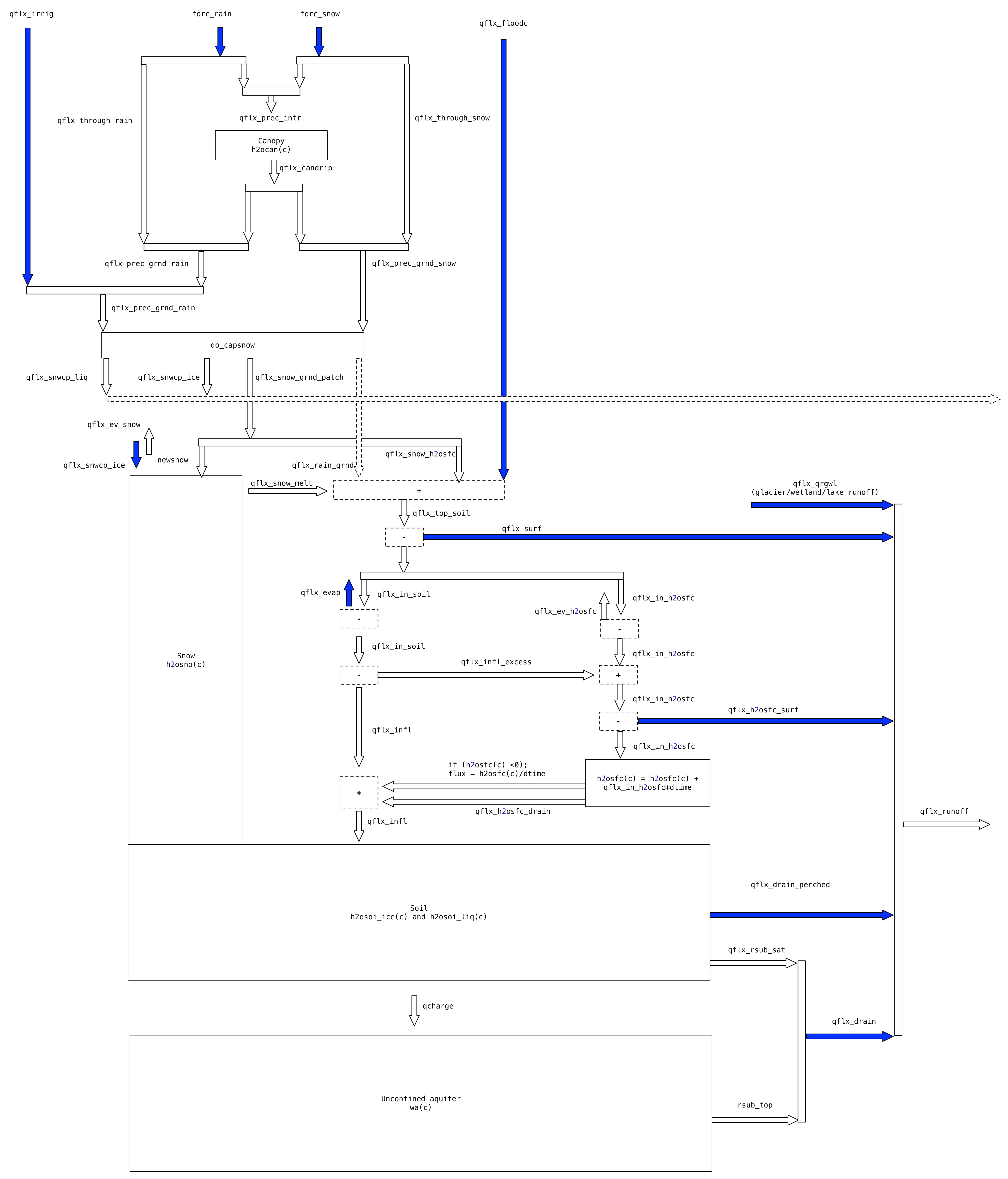 1) Surface runoff is qflx_surf + qflx_h2osfc_surf at column level or qflx_rofliq_qsur_grc + qflx_rofliq_qsurp_grc at grid level. The first term is called “surface runoff”, which is excess water from soil saturation (QOVER in ELM output); the second term is called surface water runoff, which is the outflow from surface water storage such as pond (QH2OSFC in ELM output). It is very confusing by looking at the two names in the output.

3) GWL runoff is the glacier, wetland and lakes water balance residual component which is not routed in MOSART